A couple of weeks ago Man Piece and I met up with a couple of friends on Cuba St. We hadn’t really planned to go anywhere specific, so when we saw Grill Meats Beer, we decided to give it a go.

Turns out it was only the second day of operation. Since then its popularity has taken off. We walked passed a few days ago and it was packed. There was not a spare table in the place.

While we were dinning there, I snapped a few quick photos of the meal and surroundings. 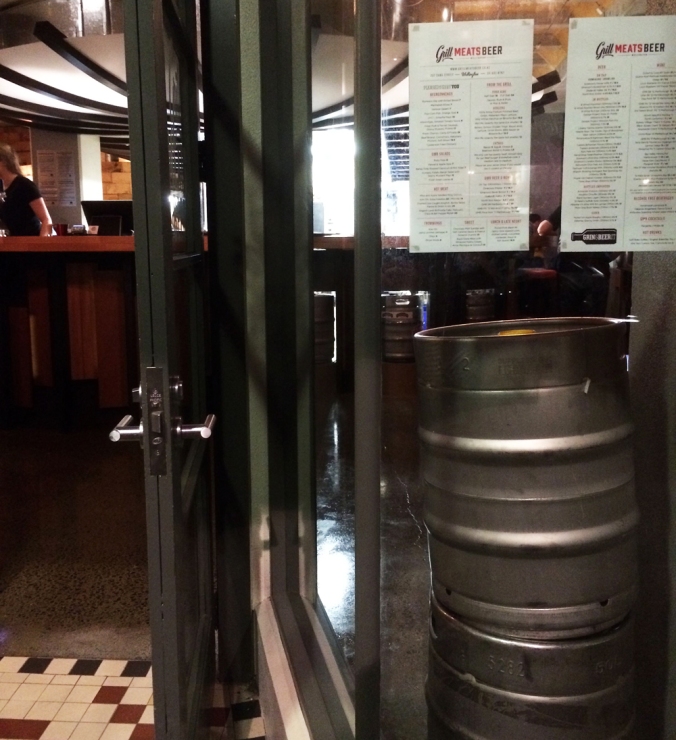 The beer kegs are clearly on display.

The logo burnt into the table top. 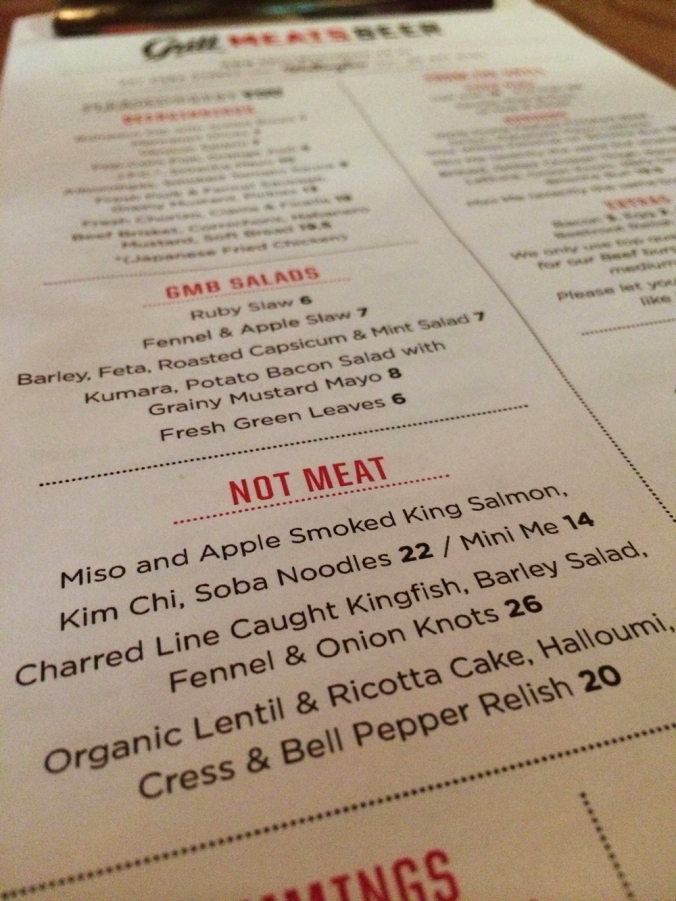 The menu with its ‘Not Meat’ section, which clearly has fish written underneath. Fish – a meat or not? 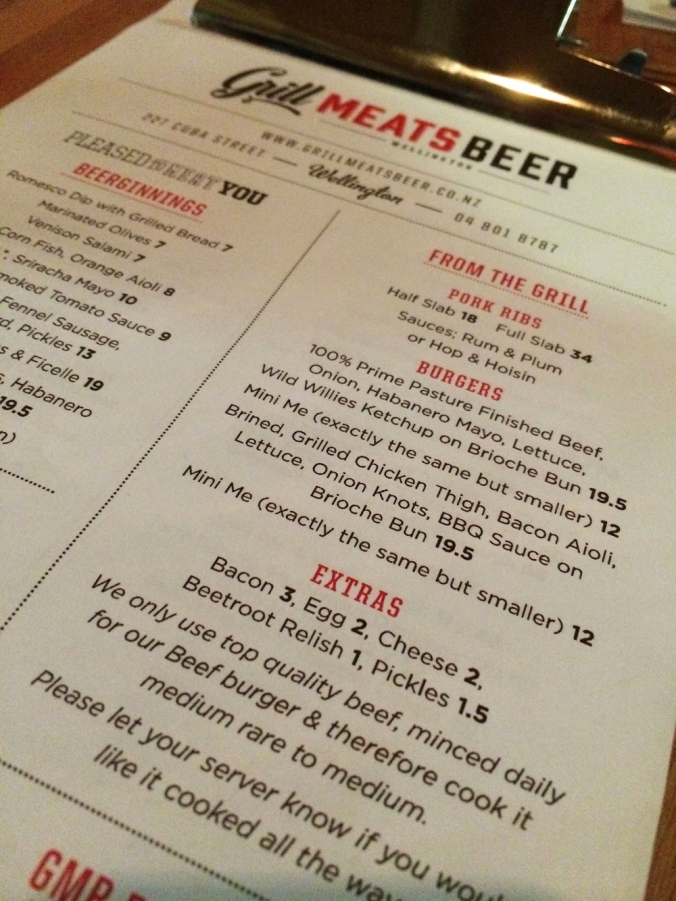 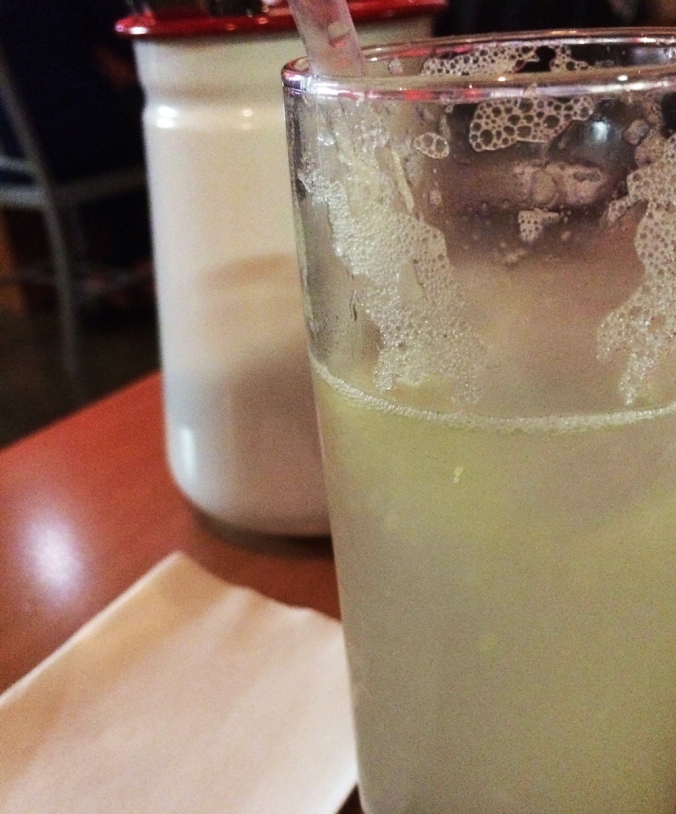 Homemade lemonade. It was delicious.

This is the Romesco dip with grilled bread. I kind of thought there should have been more than four tiny pieces of bread on the plate, especially when it cost $7. 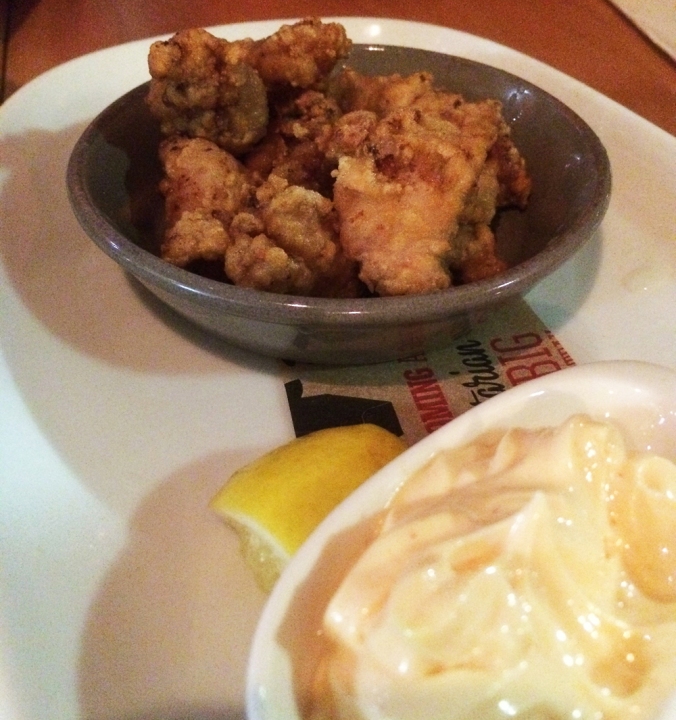 The Japanese Fried Chicken was very delicious, but it could have been a bit more crispy, instead of a bit soggy. 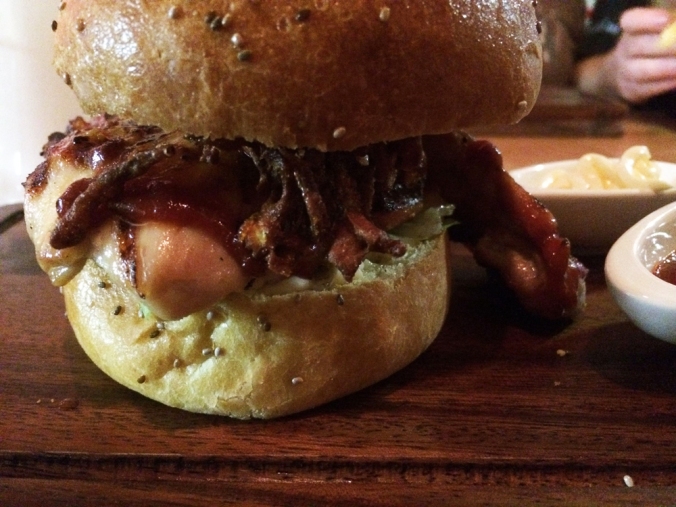 The chicken burger. The flavours in this were excellent, but when it came out the chicken was cold, cooked, but cold, like it had been sitting there for a bit. Also at $19.50, I would have expected to get chips on the side. No, these are extra at $5. 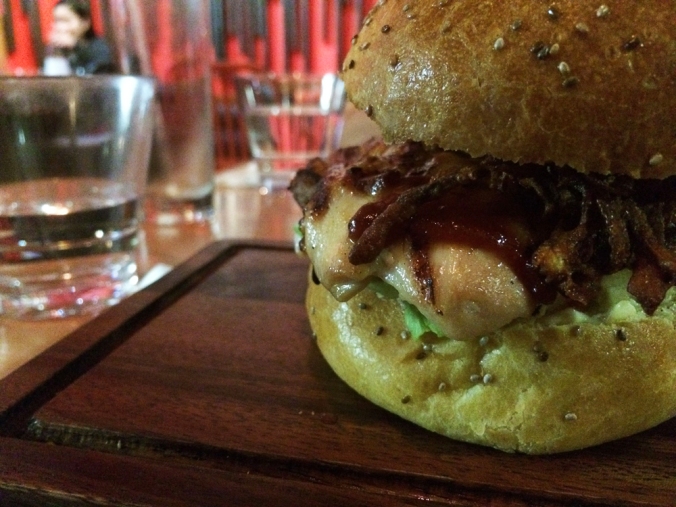 One of the really interesting things about this burger is that it has what is called ‘onion knots’ in it, which are actually a lot like onion bhaji you would get from an Indian restaurant. So good.

Overall, the food had excellent flavours, but the execution was slightly off. This could have been because it was only the second night of being open. Man Piece had the beef burger, which he said was really good. I will likely go back, if we can get a table, but for the price of things it is definitely not going to be a regular. I think a few slight adjustments – i.e. including chips with the burgers at no extra cost – would make it a lot better bang for your buck.

So what do you think of Grill Meats Beer? Do you want to try it or have you tried it?