It has taken me a while, but I’ve finally gotten around to listing to the new Fall Out Boy album ‘Save Rock and Roll’ and I am addicted!

Even though it was released back in April and I downloaded it from iTunes immediately, it has taken me till now to actually listen to it properly. It has been on repeat for the last two days.

I’m already pulling lyrics out because they just stand out to me.

I may have also created this in photoshop and then instagramed that shit.**

I think my favourite song on the album is Just One Yesterday (feat. Foxes).

I’d trade all my tomorrows for just one yesterday.

Another lyric I love is this one from Save Rock and Roll:

I need more dreams and less life and I need that dark in a little more light. I cried tears you’ll never see, so fuck you, you can go cry me an ocean and leave me be.

And Elton John is in on this – HOW FREAKING COOL.

I also really love what they did with the videos – watch them all!

So yes, I’m horribly addicted to Fall Out Boy again.*** If you have not listened to the album or any of their past work, seriously, just do it.

And if you weren’t looking alive, you soon will be with the amount of energy that the 15 track album exerts.

Produced by Rob Cavallo – who has produced the majority of Green Day’s albums and Paramore’s brand new eyes – and released on Reprise Records, the album has a very different sound to what is usual MCR.

But not in a bad way. It’s actually really good. They’ve created a new sound, which works for them. You can hear the subtle sounds of similarity to that of The Black Parade, but it is not the overriding sound.

It’s not easy for bands to succeed with reinventing themselves, but after four years in the making, one would expect the band to have got it down pat. Check.

Danger Days is based on the concept of the lives of the “Fabulous Killjoys” – a group of outlaws who are fighting against the evil corporation, Better Living Industries – in the year 2019.

If you’re a big fan of MCR, you would have noticed that Bob Bryer was not mentioned. Unfortunately, he decided to leave the band, with the announcement made in March this year. No reason was given for his departure, but he has had major problems with his wrists over the last few years, which could be the reason for his exit. John Miceli is listed as drums and percussion on the album.

All songs are definitely worth a listen, with the few that stand out – singles “Na Na Na” and “SING” along with “Bulletproof Heart” and “S/C/A/R/E/C/R/O/W”.

Just casually, the United States national anthem “Star-Spangled Banner” pops up in “Goodnite, Dr Death” and is actually the majority of the song. It’s not really expected and it doesn’t seem to fit in with the rest of the album, but does fit in with the concept – Dr Death Defying is a radio host of a pirate radio station, which is then shut down. The last song played is the anthem, then nothing but static.

The album does make a lot more sense when you understand the concept, which sometimes isn’t a good thing for albums, because it can be plain confusing if you don’t. However, it makes this one more fulfilling – once you know what’s going on, of course. Even though the band insists this is not a “concept album”, it’s pretty hard to believe when it’s evident throughout. Except “Vampire Money”, which is a dig at Twilight and MCR being asked to write a song for one of the soundtracks.

Danger Days will definitely keep the fans of MCR happy and will probably  gain them a few too. With the release of this new album, one can only ask – does this mean another visit by the alternative-rock band to our beautiful land?

As this started with the words of Dr Death Defying, it shall finish the same way: “The future is bulletproof the aftermath is secondary, it’s time to do it now and do it loud. Killjoys, make some noise.”

And make some noise, we shall.

When Paramore announced they were cancelling six shows on a European tour because of “personal issues” it looked like the end for a band that was only just making the big time. But with a break and another member added to the group they are back with their third album that blows all doubt about their existence out of the water.

Brand New Eyes shows Paramore aren’t just another band trying to stay in the lime light after their break-through album Riot! It shows they are here to stay, so move over No Doubt, you’re old school. Meet your replacement.

The first single off the album, Ignorance, is set to take over the summer airwaves as the song to rock out to. As the song goes “ignorance is your new best friend” – if you haven’t heard it yet, get to know it intimately as it’s going to be around for a long time.

As any album produced by Rob Cavallo, who has fashioned such albums as Green Day’s American Idiot and My Chemical Romance’s The Black Parade, it holds great expectations – ones that are met and exceeded, exponentially.

Brick By Boring Brick has been announced as the second single off the album, but yet to hit airwaves. It is definitely not a boring brick. Everything about it creates imagery that many a song never manages. The line “ripping wings off butterflies” serves as the inspiration for the album cover.  These guys really know how to pick their singles – it is a great follow up to Ignorance, making two of the strongest songs on the album probably the two best songs to rock the summer with.

Brand New Eyes is a great mix of the typical Paramore rock, but they show their fluffier side with The Only Exception and Misguided Ghosts by going acoustic.

Fans will be happy to know Decode, the song Paramore wrote for Twilight, is a bonus making up this 12 track album.

Brand New Eyes is more adventurous than Riot! and is Paramore’s re-invention album, which cements them as one of the best bands of current times.

This is the summer album, if you don’t have it; you’re just another boring brick.

Cobra Starship’s third album Hot Mess is just that, minus the hot.

It gets off to a great start with Nice guys finish last and Pete Wentz is the only reason we’re famous. Both songs have superfluous amounts of energy.

To tie off the beginning and best part of the album Good girls go bad with Leighton Meester, from TV’s Gossip Girl, is a smash hit. There is no denying it is a great song, great single, and people love it.

But once those three songs are said and done, the energy dissipates like air out of a balloon.

The remaining eight songs, one would think there is something good, when you have some of the biggest names in music, writing and producing the majority of your album.

When Pete Wentz, Patrick Stump, Kara DioGuardi, Kevin Rudolf, and the biggest surprise of all, pop duo Daryl Hall and John Oates litter the liner notes, some form of magic has to be going on. Alas, this is not Harry Potter.

Although You’re not in on the joke brings back sounds of Snakes on a Plane, those sounds do not stick around, unlike that tune.

You are pulled in to a false sense of ending well, when ultimately all it does is fail with The world will never do.

Written on the back of the front cover booklet is “Cobra starship is still a band”…well maybe they shouldn’t be.

Maybe that is a little harsh; they do have a keytar player, so they already stand apart from most other alternative bands in existence.

But for being one of the up and comers, who produce an amazing live act, this album is a let down.

Perhaps the down fall was titling one of their songs Pete Wentz is the only reason we’re famous, at least they have been consistent in the Decaydance record label of having obscure song titles.

It does have potential to be one of those hidden treasures that with time, and maybe a little bit of torture, can be rather enjoyable and even great.

But for now, if this is how their live shows are heading too, there will be one less fan in the crowd come March.

I know 21st Century was released a while ago, but as it was first printed in AUT University’s student newspaper Te Waha Nui, I finally have permission to add it to my blog. 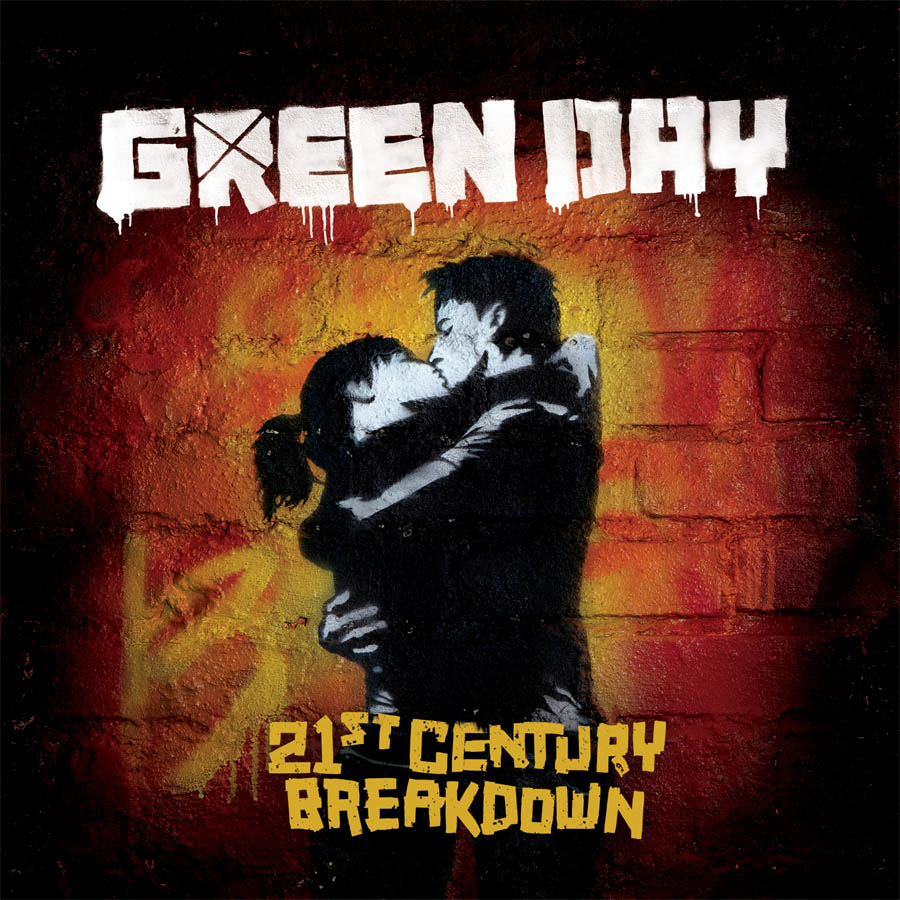 Greenday’s 21st Century Breakdown was touted as the most anticipated album of 2009 by the Associated Press but falls short of expectations.

The eighth album from the US pop-punk rockers comes five long years after the release of their reinvention album American Idiot.

The band had been working on new material since early 2006 but never let on when recording would begin, until it was also revealed that Butch Vig would be producing the album.

Vig is the former drummer for alternative rock band Garbage and has produced multi-platinum albums for Nirvana and the Smashing Pumpkins, creating high expectations for the album.

Recording for Breakdown began in January 2008 and was finished in April 2009.

It is another rock opera in the same fashion as American Idiot. It contains three acts, Heroes and Cons, Charlatans and Saints and Horseshoes and Handgrenades and generally gives the fingers to authority.

With American Idiot being such a huge success back in 2004 and creating an entirely new fan base in a younger generation, the album doesn’t have the same expectations.

It builds on American Idiot to the point it becomes American Idiot 2.0 but fails to have the same effect that AI did in providing a minor revolution in the music industry.

People are over the angst that Bush created. Bush is gone and so should be the political musical response by Greenday.

Singles off the album are Know Your Enemy and 21 Guns, which also appears on the Transformers II Soundtrack.

The entire album is typically Greenday with songs having the same anthem-esqe qualities.

However, it may be time for Greenday to seriously consider whether they need to hang up their guitar straps and just live off their royalties.