Just over a year ago Jethro and I moved in to our house.

It’s been an interesting year. How can it not when a pipe bursts your first day of home ownership? That was a learning experience. I don’t think I ever blogged about that – most people who know me IRL have heard the story. It’s a pretty simple one, but something I will never forget. Having only taken possession of the keys a few hours earlier I wondered what the hushing sound coming from the dining/kitchen area was. At first I thought it was nature! Because we have a lot of trees, birds and other things around. But no. Thus began the hunt for the toby of which we have two and the one by the house apparently doesn’t turn off all water. The real one is at the top of our 38m long path. Yay for dux quest (not).

Since then, owning a house has been a bit easier, but still one massive learning experience.

After the burst pipe came the leaking roof and toilet and shower… Jethro has blogged about a few of those, as he’s the lucky one that gets to fix them.

Then came the mice. Turns out putting a brick over a hole stops mice from entering the kitchen though.

There was me falling down the path. Bound to happen at some point with the state of them. Luckily I didn’t do much damage. Just a few sprains.

For the most part we haven’t done anything major to the house. We wanted to live in it first to get a feel for the place and see how we used the house before any changes were made.

Now we have a feel for the house and plans on what to do, it is just figuring out when we can start on a few of those changes.

But first, here is a brief overview of some of the things we have done in the last 12 months. (Mostly interiors, because this is me we are talking about.)

We changed the light fittings in the lounge and bedrooms 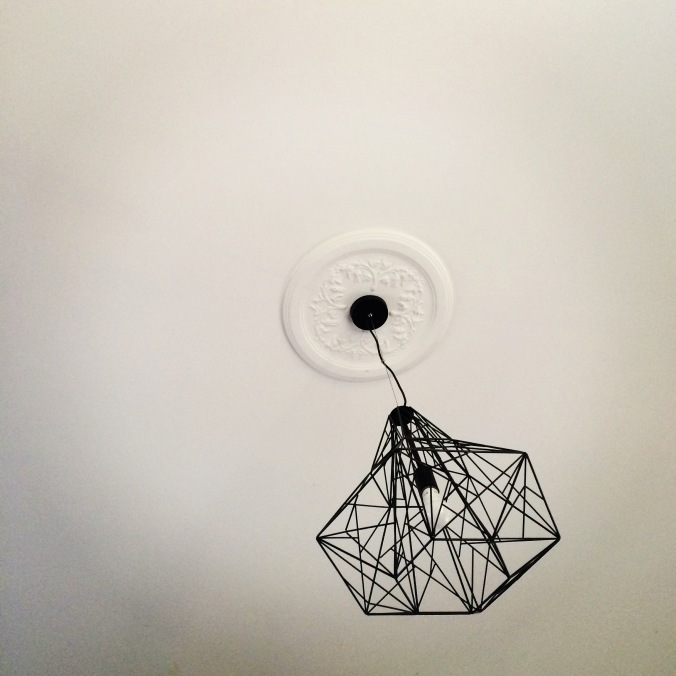 This is our lounge pendant. We got similar ones for the four bedrooms as well, but they don’t go out at the bottom. They look so much better because the ones that were throughout the house were horrible. We still have horrible ones in the hallway and dining area, so they are next for replacing. These are from Lighting Direct. 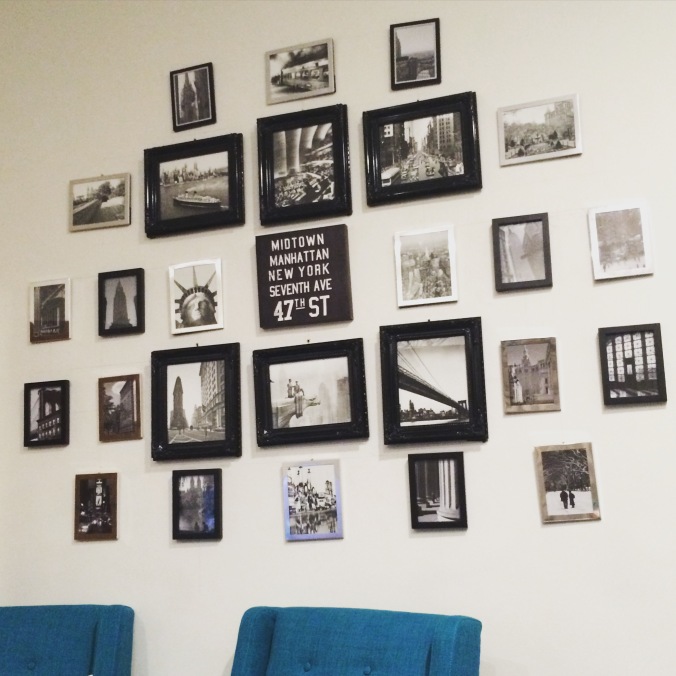 I have had these black and white images sitting amongst by belongings for years. The larger prints were originally a calendar, while the smaller prints were from a diary. I love New York and black and white prints, so even though they came from a calendar and a diary they look amazing. Photo frames are a mixture from Briscoes (the large black ones) and Farmers (everything else). The canvas in the middle is from Typo, where else? All up, because I got all of the frames at 50% off and the prints essentially for free, I paid around $200 for a wall that has a lot of impact. (The wall looked pretty bare before.)

We installed ceiling and underfloor insulation

I don’t have any pictures of this, because insulation. But we have noticed the difference it has made to the warmth of the house.

Refreshed our bedroom with a new duvet cover 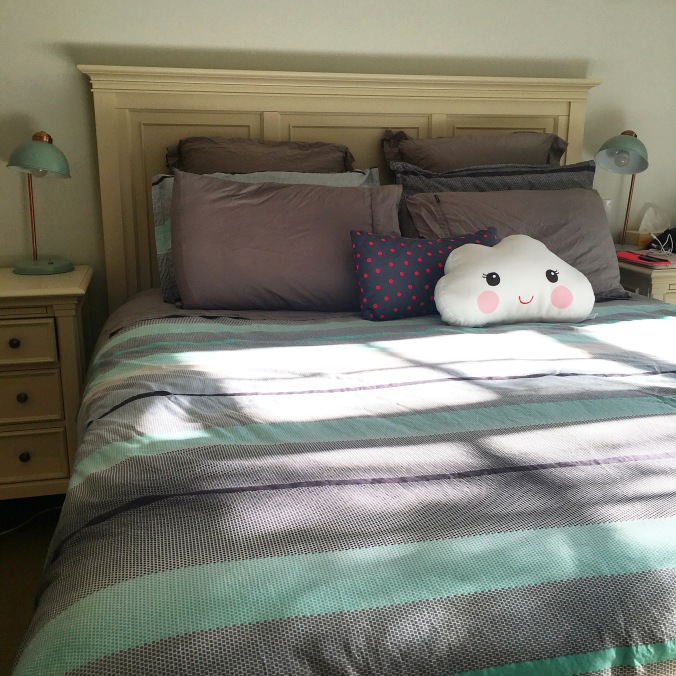 Our bedroom duvet before was starting to look quite dull and pulling the entire room with it (so much grey), so it needed an injection of colour. I found the duvet while wandering through Farmers one night and fell instantly in love. Stripes, turquoise and navy? Be still my heart. The cloud cushion from Kmart (which everyone seems to have) adds some quirkiness and my re-do cushion behind it adds an extra pop of pink. (I made this cushion cover myself and am hoping to do another blog about it at a later date. Please stand by caller.)

We also managed to finally find some bedside lamps which Jethro and I both agreed would look good with the bedroom suite. They’re the Penny table lamps from Freedom in Dusty Blue, but they come in five other colours as well. And coincidently, they match the new duvet cover.

That’s it for now, but I’m hoping to really get stuck in with some more DiY projects for around the house this summer and hopefully transform a few more things.