I discovered a new favourite cupcake. It’s delicious. I’m going to make it many, many more times. And it’s the best of everything – caramel mud cake. So here’s the recipe: 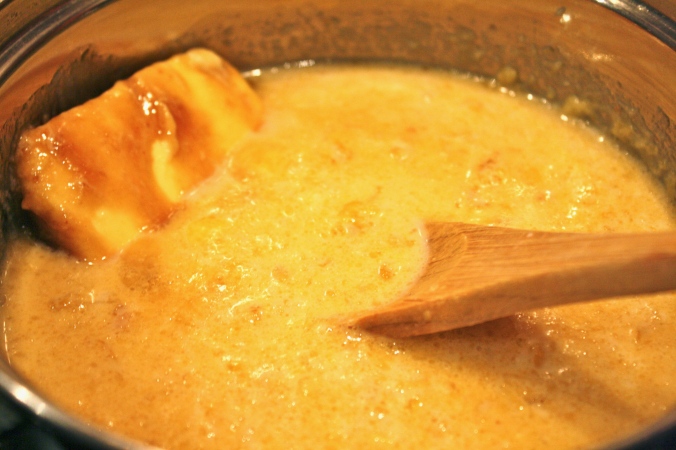 4. Bake about 30 minutes. Turn cakes onto wire rack to cool.

5. Frosting: Combine sugar and the water in small saucepan; stir over heat, without boiling, until sugar is dissolved. Boil, uncovered, without stirring about 5 minutes or until syrup reaches 116°C on a candy termometer. Syrup should be thick but not coloured. Removed from heat, allow bubbles to subside. Beat egg whites in small bowl with electric mixer until soft peaks form. While mixer is operating, add hot syrup in thin stream; beat on high speed about 10 minutes or until mixture is thick and cool. 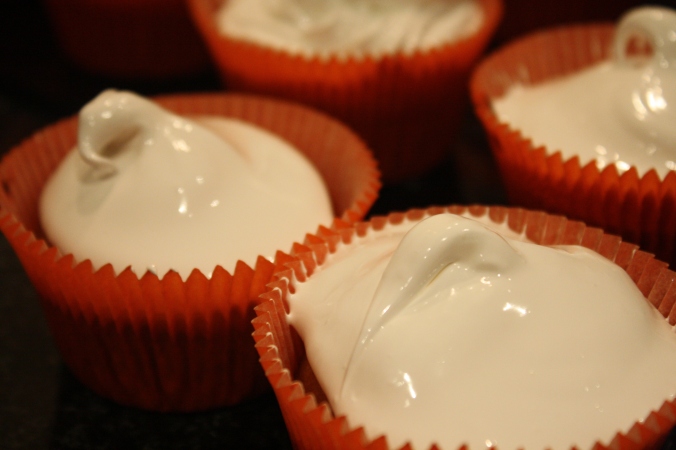 The original recipe didn’t actually put this cupcake with the cloud frosting, but I wanted to try something different. You could probably put whatever icing you want on them.

One thought on “Caramel mud cake with cloud frosting.”