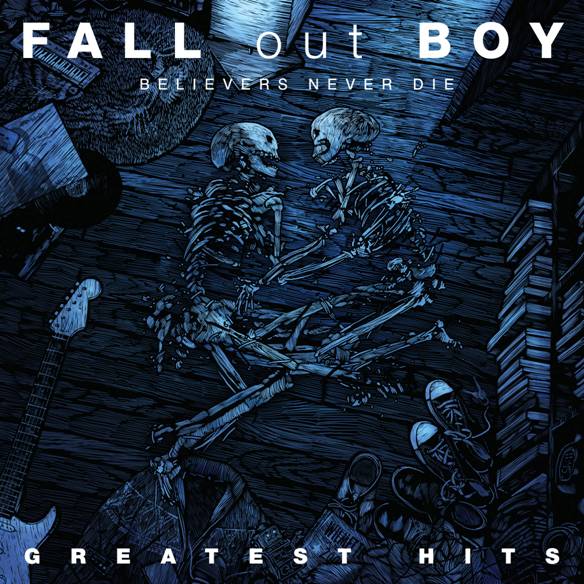 Fall Out Boy have essentially gone off the radar in recent months – one could say the beginning of their hiatus. Rumours have flooded the internet with many-a-fan thinking it was the end. The band have not helped matters by releasing a greatest hits album – something I think is way before its time, it makes me feel old.

But the band remains adamant they have not broken up, but just taking a well-deserved break.

The release of their greatest hits album – Believers Never Die – last week and release of the music video for single “Alpha Dog” is the last we will hear of Fall Out Boy until 2011 apparently. Although Trohman and Hurley are making some kind of super group in their time off.

The “Alpha Dog” video has a definite feeling of finality for Fall Out Boy. Especially when you have made a mash up of all your previous videos to make one. A good concept yes, but I think it was poorly executed – as if some hack had quickly pieced together the video, but that may just be the crappy pixelation of YouTube.

Kudos to Pete Wentz for putting a disclaimer at the beginning, but as for calling watchers “little jerks” bad move. The disclaimer is needed because the video shows some of the shenanigans Fall Out Boy get up to while touring. Some of them just hurt to watch, but personally, I would love to see the size of the bruises.

I think what it shows the most, is how much fun the band has had over the years, just hanging out with each other. Something we should all hope bands have, because when bands aren’t having fun, there goes the awesomeness we get in live shows and albums.

Maybe it is one way their greatest hits album needs to be interpreted. Titled Believers Never Die, if you believe in Fall Out Boy enough, they will never die? Or are they saying they are believers therefore Fall Out Boy will never end? Yes or No? Well here’s hoping it is only a well-deserved break and they will be back in 2011, because they have only done about half of what truly great bands have achieved and I’m not ready for them to go. I want more.

It has been almost a year since Folie a Deux was released, but can a band survive when they are not touring, not writing music together and ultimately forgotten about by mainstream radio listeners? Lets hope so.