I recently had a clean out of some of my jewelry having realised I have spent far too much money on items from places like Equip, Lovisa and Diva. Most of these items really don’t last very well – they tarnish quite quickly and tend to break.

I’ve really gotten over buying this type of jewelry, so I actively avoid going into said shops to look anymore. I don’t want to waste my money on items that aren’t going to last, basically. I don’t wear a lot of jewelry anyway, so the pieces I do have, I want them to last and not, essentially, wear out quickly. Because I will wear them a lot.

In saying that it lead to me being able to re-fashion a few of my necklaces.

These were two of them before me doing anything, looking quite bad. The bird started out as silver. I attempted to blur the background (badly) in this image because it was on newspaper (some sports ad). 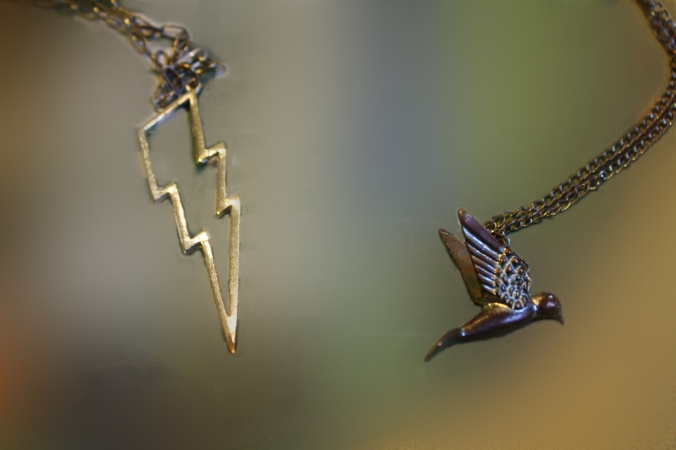 I’ve had the lightning bolt necklace for a few years now, I think I picked it up from Diva. It had actually lasted reasonably well apart from the necklace itself. But I decided to re-fashion it to make it look a bit different and bolder.

The bird necklace I got from Lovisa less than 12 months ago, it tarnished quite quickly and I have barely worn it for the last six months.

The lightning bolt necklace after my re-fashion. I just painted it with nail polish. This colour is ‘Riveting’ by China Glaze from the Hunger Games Collection. Definitely the right colour for a lightning bolt.

As for the bird, I coloured the pendant in OPI’s ‘My Chihuahua Bites’.

I wanted it to be a bright pop of colour.

The best thing about re-fashioning necklaces with nail polish is that if it comes off, or you get sick of the colour, you can just pick another colour and paint it again!

The last necklace make-over I did was on a locket necklace I have had for several years as well. Probably picked up from Diva or Equip. It was originally three lockets in one, which was really annoying as they got tangled often. I removed the other two lockets, which were broken, and re-connected the chain. You barely notice where the connection is.

I wanted to try something different with the locket and came across a tutorial for making your own galaxy necklaces by Oh The Lovely Things.

I didn’t get too many good photos of the stages of the make-over so have just left them out. 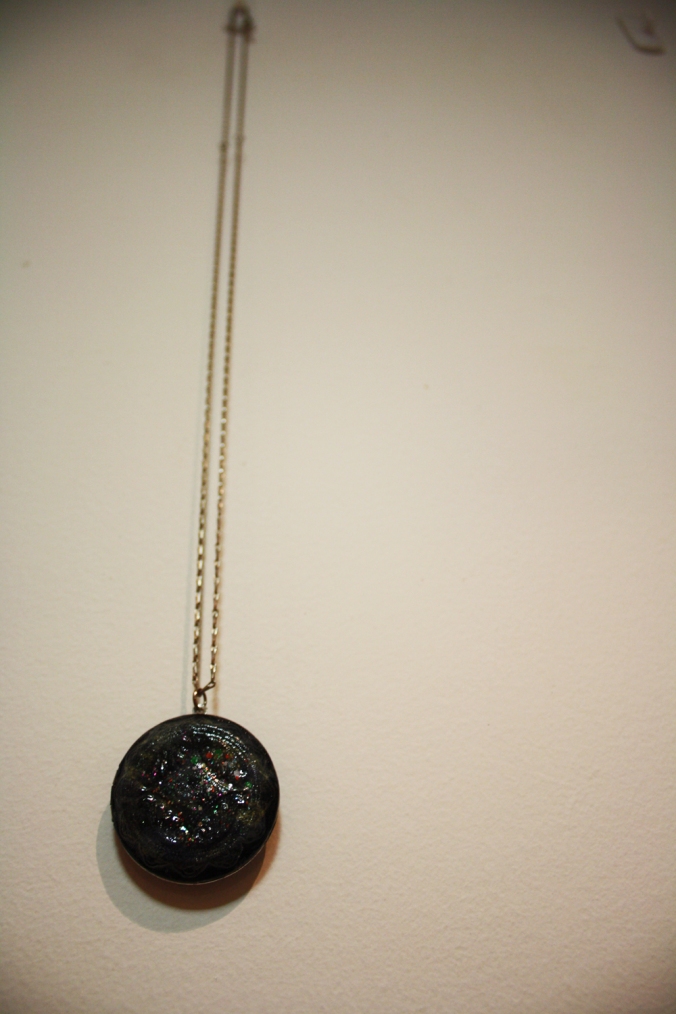 There are about five different nail polishes used in this make-over.

The dark base colour is China Glaze’s ‘Smoke and Ashes’ from The Hunger Game collection. I then used Revlon ‘Cloud’ and ‘Electric’ with OPI’s ‘Don’t Touch My Tutu’. Finally a bit of OPI’s ‘Rainbow Connection’ was used for glitter.

I’m not that happy with how this turned out, mostly because it doesn’t look very galaxy. I feel I should have used similar colours to what the tutorial used, but I wanted to make it my own at the same time. I guess in time I will grow to like it, but I could always get a bit of nail polish remover, remove the paint and try again with different colours.

This photo shows the other colours coming through – you dab them on with a make-up sponge to get the desired result.

What do you think of this jewelry re-fasion? Have you ever done this to jewelry? What other ways have you used nail polish, apart from on your nails?

For the wedding I have decided to make some paper flowers for table decorations.

I imagine using them scattered over tables with maybe a few keyboard keys thrown in for good measure. This is instead of confetti, because that just gets into everything and I just don’t like it.

I’m also thinking of putting a few different types of paper flowers on stalks and being held in painted wine bottles for centre pieces.

But in order to do this, I needed to see if I could actually make them.

So I decided to make some paper flowers yesterday. I followed these instructions. 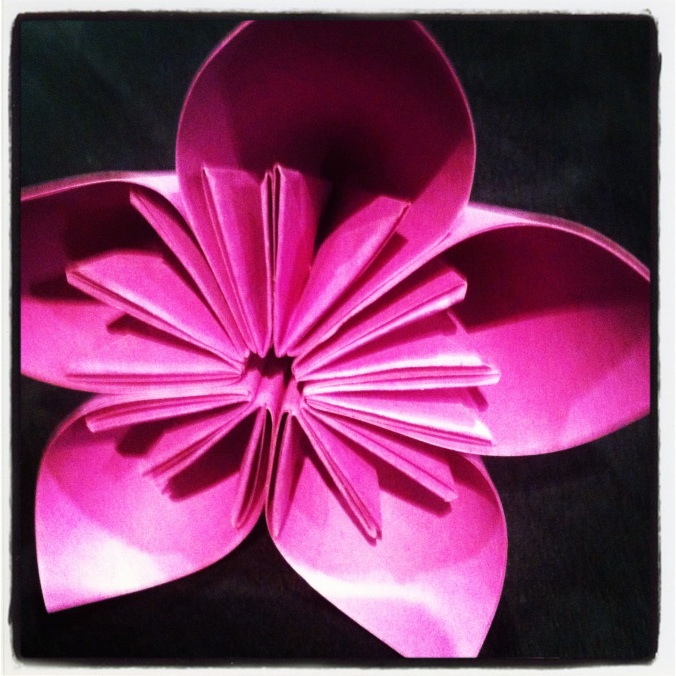 Then glued them all together.

I think they look awesome.

But for the wedding I will need to find paper in the colours I want. I’d like to stick to silver/white, teal and black. So if anyone knows where I can find small square pieces of paper to make these flowers, it would be much appreciated!